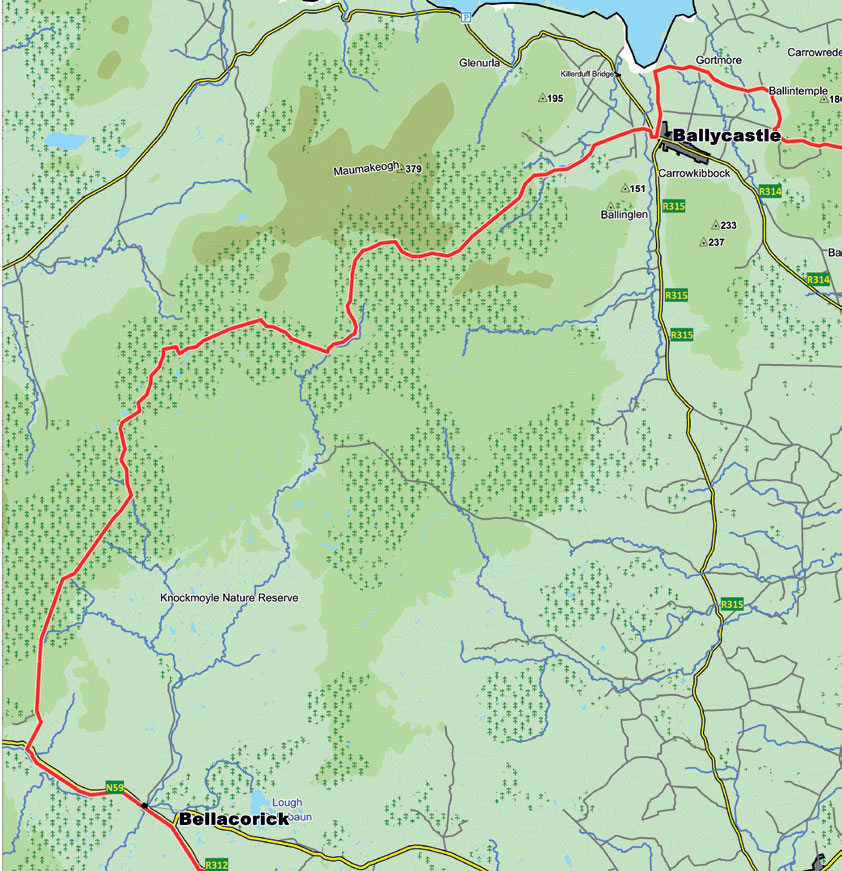 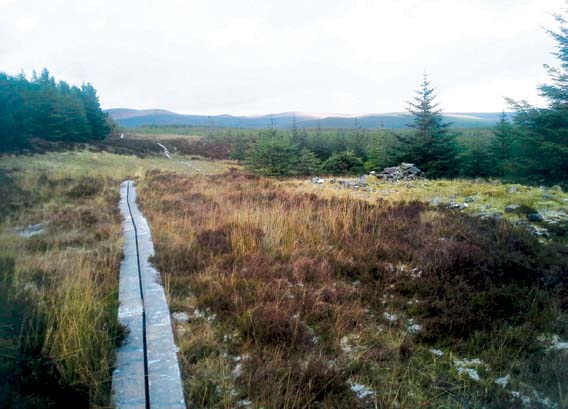 From Bellacorick the trail follows the N59 for 4 kilometres before turning north toward Sheskin and following forestry trails to Ballycastle, a quiet market town. This is a remote area and care should be taken.

Today the giant wind turbines turn and turn to the east of the trail. This was not always the case, for Bellacorick was once a peat burning power station. Nothing remains today. The cooling tower and furnace housing are gone. Only the bog remains, depleted but not totally spent. It is now a nature reserve. The Owenmore that flows alongside the road is a well-known salmon river. It drains the great bog of Erris, where the drains run off the stripped bog there are silt traps to prevent the silting of the gravel beds that the salmon need for spawning. William Bald the engineer was responsible for building the bridge at Bellacorick in the early years of the 19th century. There are many myths legends and folk tales about this bridge.