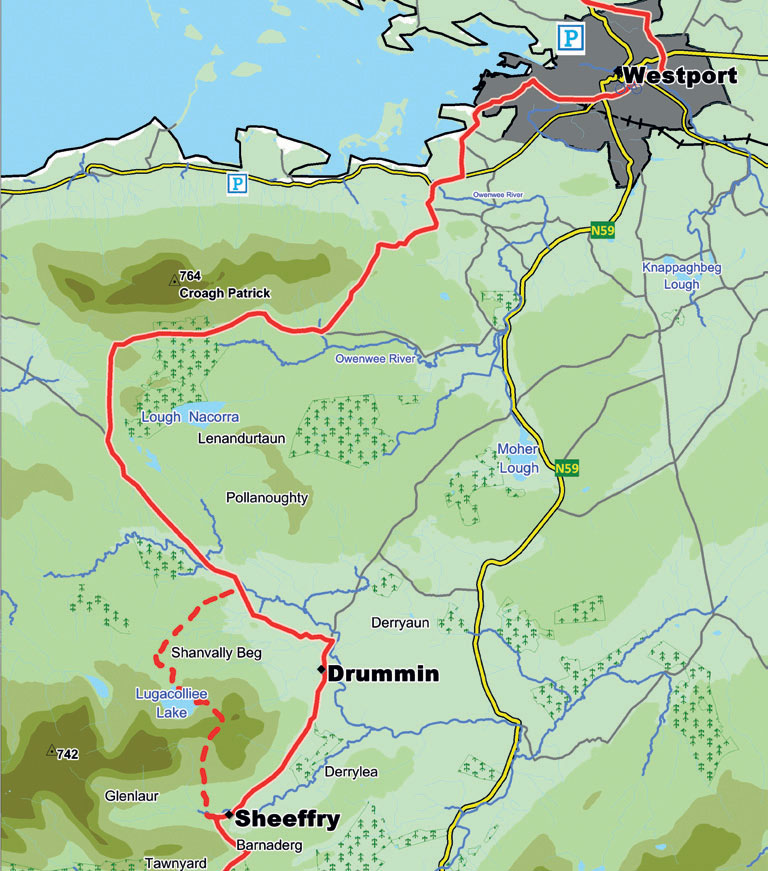 From Sheeffry the Western Way follows a quiet road through Drummin and for another 5 kms before turning north across bogland and forestry roads to the south of Croagh Patrick. Once across the eastern shoulder of Croagh Patrick the trail follows the coastline into the town of Westport.